Al-Buraq Wall represents the southwestern section of Al-Aqsa Mosque’s wall, some 50 meters in length and approximately 20 meters in height. It is part of Al-Aqsa Mosque and considered
an Islamic property.  The Jews now call it “The Wailing Wall” claiming it is the remaining part of their destroyed Temple. At least until the 15th Century Jews used to pray at the Mount of Olives which is separated from the Old City by the Kidron Valley.

According to Muslim tradition this is the wall where Prophet Mohammad (PBUH) tied his winged creature, Al-Buraq, before ascending to heaven on his journey from Mecca to Jerusalem (AlIsra’ wa Al-Mi’raj), where he received his revelations of Islam and lead the other prophets in prayer. 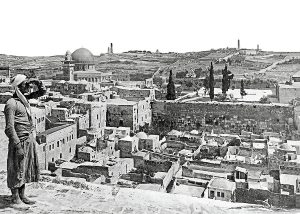 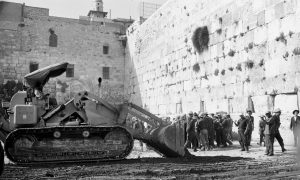 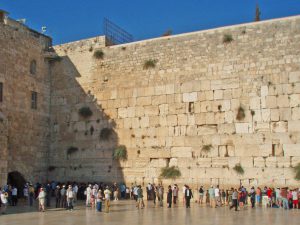